Have traveled. Will eat.

I'm still jetlagged but at least I still have my appetite.

Eating Israeli cuisine is like being reacquainted with an old friend. 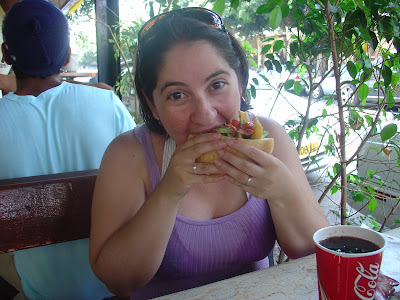 Me being a total falafel geek -- I am not usually a fan of falafel, but these were freshly made as opposed to sitting in oil. 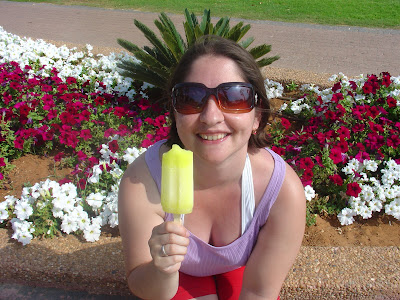 Mmmmmm. Arktik Limon!!! Bascially a lemon ice popsicle... I love these; I grew up on them. Cola -- Apricot -- Cherry 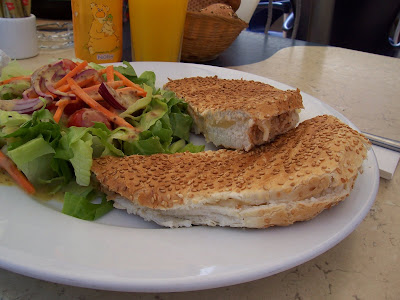 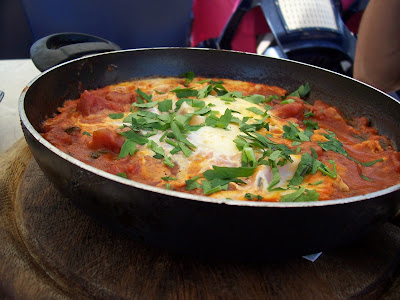 Unfortunately, I haven't really had a chance to cook my own stuff. On my first night here, though, my sister made some awesome schnitzel. It's quite popular here. Breaded and fried thin chicken fillet, in a pita, with the works.

I've also discovered that most of the promenade is covered in rosemary bushes.... My favorite herb!! And they even have the purple buds on them. (Pics to come) Maybe I'll be cooking up a storm after all...

Ilana, it all looks and sounds delicious. Mmmm, the eggs look especially yummy! I'm in a schnitzel craze myself lately. Enjoy!

You look like you are having a good start to your trip :)

I've been reading your blogs for a while now. I'm excited to see how your trip to Israel unfolds! Have a great time!