I have used my only pie dish three times in the last week. That is more than I have used it in six months. I am not sure why I kept making dishes in the same dish over and over again.. and then I realized something, I was psyching myself up for the final frontier in baking --- pastry! I have never made pastry, ever! It didn't seem like something I could do, or rather, something I could do well. Being a bit of a perfectionist, I figured, why even bother. But all it is is butter, flour and water. After making two crustless pies, the crumble and the shepherd's pie, I decided to bite the bullet and go for it -- I was making quiche or die trying.

I didn't have a recipe for the quiche, per se, so I thought I would wing it. The pastry, however, I knew I would need a bit more guidance. Ms. Lawson was my woman. The pastry-making was not difficult at all, and turned out pastry-ish. I was too lazy to roll it out to fit the pie dish so didn't get the flaps on the sides, but never mind. It was a start. 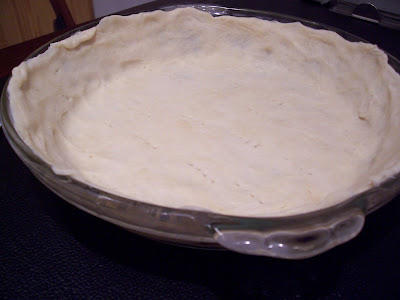 The filling was just a leek and rosemary I had fryed up in some butter and oil. I added it to three beaten eggs and some milk. I topped the quiche with chopped up goat cheese. Mmmmmm. Turned out gorgeous. Obviously, from the pictures, I didn't have enough filling for the pie, so it was more like a deep dish pizza, LOL, but a quiche it certainly could have been too. 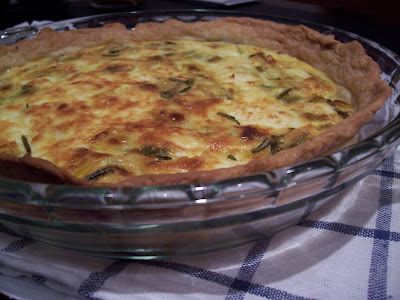 The pastry was flaky and buttery, so I must have done something right. Scrumptious. So pleased with myself. I met pastry, and won! 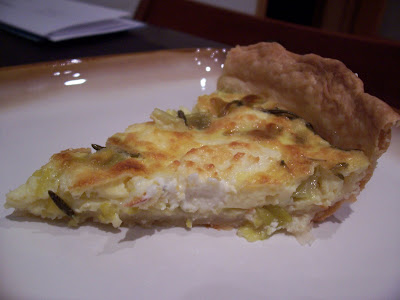 It looks great, Ilana! Glad you're all settled in now:).

I like making pastry - it makes me feel very domestic goddessy!

That looks fabulous Ilana (and delicious). I'm still irrationally a little scared of pastry and need to be brave about it! Glad your move went ok - is it warmer in the apartment now?

Woohoo! Well done! Now the world is your oyster, LOL. :)

What a fabulous pie :)Well done