So obviously I'm not excited about turning 30. When did I become a thirty-something??!! How did that happen?

But I got to have/do things I have always wanted, for my birthday, and that's something...

I made my own birthday cake - and before you give me a sympathetic 'ah' - there is only one person I could trust to get right my idea of the best birthday cake in the world -- and that person's me.

So, it's chocolate coca-cola cake. Woohoo! I love cola. I don't understand people who don't love cola. It is the best thing ever. I often joke that sometimes I like to go out to eat just so I could have cola, because I don't ever buy it to have it at home... And I'm not really joking, it's the truth.

And even though Sue Lawrence says in the introduction to her cola cake that she detests cola (shame on you, woman!), I decided I'd use her recipe for cola cake anyway.

I even went as far as to use her recipe for the cola frosting, though now I regret that decision. A sign of old age -- regret! It came out way weird.. I think the fact that the melted butter started separating from the cocoa, and although the cake was completely cold, since I baked it the night before, the frosting wouldn't spread in the right away on top of the cake. I only iced the top and decided to call it a day, after blotting it with kitchen paper. 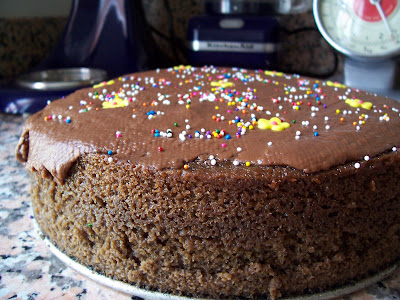 And then for lunch, we went to The River Cafe!!! 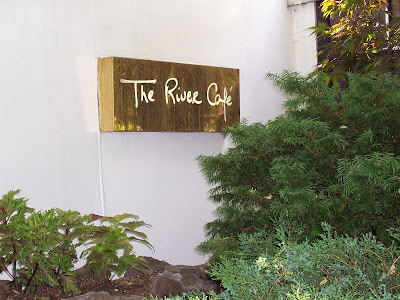 For those that don't know, this is an awesome restaurant just underneath the Brooklyn Bridge. It offers really stunning views of Manhattan from virtually any table... And the food, well, of course it was delicious!

I had a warm potato and goat cheese terrine as an appetizer and Rafa had oysters... For our main, I had slow smoked pork shoulder and a pork chop with maple whipped sweet potatoes, and Rafa had a lovely filet mignon with caramelized onions. And for dessert...

Mine -- apples in a cider reduction over a cinnamon cookie -- with green apple sorbet and vanilla bean ice cream. YUM! 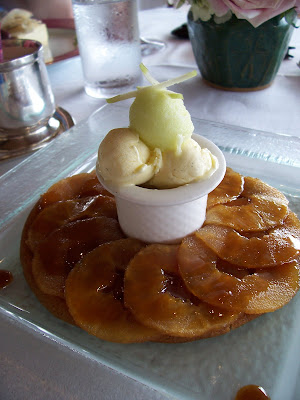 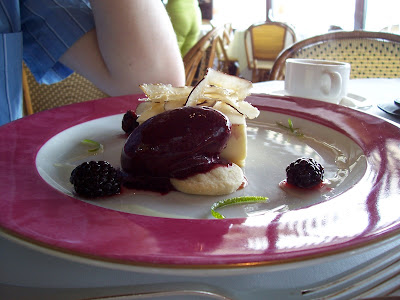 The views of course... 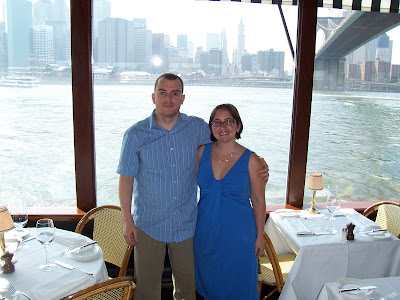 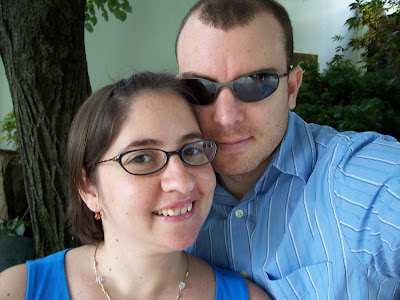 Later that evening, my family came over for cake and coffee... The chocolate cola cake was delicious!!!! Even with the upsetting frosting. (Mental note: For 31, make Nigella's cola cake - start to finish!)

Happy Birthday to me!

Happy Birthday Ilana! Your birthday meal looks great and the views are beautiful. I had a good food birthday weekend too so will have to catch up with blogging about it.

What a lovely couple you are and what a great meal/birthday cake.